sarahyr got their new logo design by running a design contest:

Design for the organization leading the Resistance

The Indivisible Project is a registered 501c(4) nonprofit. Our mission is to cultivate and lift up a grassroots movement of local groups to defeat the Trump agenda, elect progressive leaders, and realize bold progressive policies. Across the nation, over 5,800 local groups (at least 2 in every congressional district) are using the Indivisible Guide to hold their members of Congress accountable. It's critical that the logo would work for us (nationally), as well as be customizable for one of the 5,800 groups across the country. Primarily our current audience are women over 40, but we're trying to appeal to millennials and traditionally underrepresented populations. It should have some sense of traditional Americana nostalgia. We love the old WPA posters, and have considered working torches (statue of liberty), fists, stars/stripes, eagles, or other recognizable elements into the design. It's important it feel humanized and not too geometric. We also really want a mark, and not just a text treatment on the name "Indivisible."

It should have some sense of traditional Americana nostalgia. We love the old WPA posters, and have considered working torches (statue of liberty), fists, stars/stripes, or other recognizable elements into the design. It's important it feel humanized and not too geometric. We also really want a mark, and not just a text treatment on the name "Indivisible." The color palette should incorporate, at minimum, a red and blue. You can see our website at indivisibleguide.com.

sarahyr collaborated with designers to refine their ideas

toLm
Choose a design you love and work closely with the winning designer to refine and finalize your design. After that they’ll supply the files needed for print or digital use. Full copyright is all yours.
You’ll get all the image files you need to put your design anywhere. This includes the original, editable file, as well as a preview version you can open on virtually any device.
If you know exactly what you’re looking for, it makes sense to work with an individual freelance designer. In that case, you can search through our designers’ portfolios and find your perfect match.

A left of center politics podcast by one queer, Latina woman in New York. Our target audience is progressives and indep

Impact Management Group is the leading lobbying and public relations consultancy in the state of Arkansas. We assist cor

We study political narratives, media bias, and polarization, and we need a logo!

The Narratives Project is an organization that publishes analyses of the evolution of political narratives. When there's

Selling apparel and accessories targeted towards military veterans who are against what Trump and Trumpism stand for.

Somewhere between a political cartoon and a social awareness movement. Attempting to start a conversation that just mig

Get your own design
Winner
Finished29 days ago

I sell Tshirts and hoodies and Amazon with mainly political themes. Target audience for this project is American voters

I am running for Oakland School Board, specifically for a Director's seat. I am a third generation educator and I want m

Be a part of The Nations Nucleus!!!!

Check out other political design inspiration 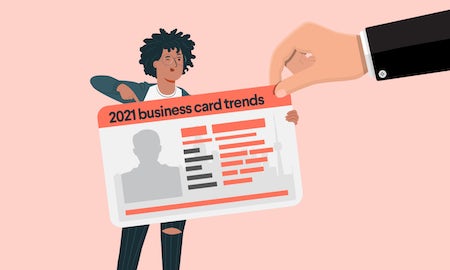